After 133 days of training, I have completed a training plan on one of my production characters that now allows me to construct every Tech 3 Hull and Subsystem.

Up next is Advanced Laboratory Operation V and Advanced Mass Production V to polish off the industry skills.

I’ve run the profit potential numbers on both the Hulls and Subsystems and they are both a good time investment. I just need to either wait for a POS rework or grind standings for a highsec POS.

I have little to no interest in setting up a production POS in lowsec due to the ability of any entity coming along and reinforcing the POS. I would rather operate under the umbrella of a 24 hour wardec timer that would allow me to bring up defenses and recover industry items before the war goes live. 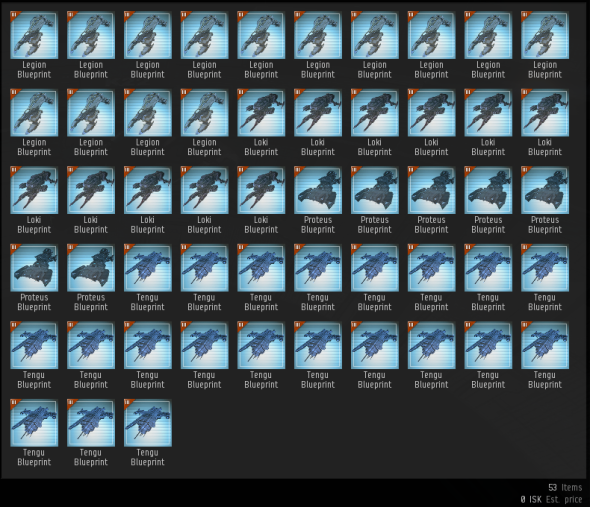 In addition to the massive stock of Subsystem BPCs that I recently acquired on a bulk deal, I have also picked up a large amount of Tech 3 hull BPCs.

I thought that a large batch of hulls would go along nicely with the production run of the Subsystems so I bought them after running the numbers.

The bulk deal was for enough BPCs to make 443 Hulls. The average BPC price per run on the deal came out to 18.35 M. On public contract right now, a Tengu BPC is trading at about 20-25 M/run.

Construction Skill Prerequisites That I Need

I will need to train up Cruiser Construction to V and each racial Starship Engineering to V. Each one will take around ~22 days to get to V.

I currently have 6.7 M skills in Science on my industry, invention, and research alt so this will help round him out by giving him the ability to produce a large variety of Tech 2/3 ships.

Tech 3 Hulls and Subsystems can only be made in an Subsystem Assembly Array anchored at a POS.

(Note: Tech III hulls cannot be assembled at starbase structures. The hulls and subsystems can only be assembled whilst docked in a station.)

Just the 212 Tengu Hulls will take 7 months to produce on 1 production line. I’m not sure how many Subsystem Assembly Array modules will go live for the run or how many characters will be trained up to produce yet.

Note that the previous profit number does not account for the cost of running POS.

I spent 4 B on a bulk deal and aquired 305 T3 Subsystem BPCs. It will cost 38 B to buy the components to build 46 B worth of Subsystems. After the blueprint investment cost, the production run will result in a 4.1 B profit (9.13%)

Note: this profit estimation does not take in account for POS fuel or taxes. Additionally, there is the hauling, build, and trading time factor that I have not calculated. Time is money and the minerals you mine are not free.

Another complicated production chain greeted my eyes as I started to learn the depth of the production process. Sleeper drops/salvage, gas reactions, and POS limited production oh my.

I found that the general price of Tech 3 hulls and Subsystems have been declining in line with the build Materials over the past year. Melted Nanoribbons, which account for a large percentage of Tech 3 items, are on the decline.

This price decline can be attributed to the general movement into Wormhole space over the past two years and that people have learned how to efficiently farm Sleeper sites.

SQL all the things!

I needed to work with a custom table to get a master list of Materials that will go into the production run from my list of BPCs.

Using my custom typeBuildReqs table (creation details here in section 301), the following query will take the typeID of the Subsystem blueprint and give you a quantity and price of Materials needed. I have a price table called assetValues, so take that section or modify as needed.

Breakdown of BPCs by race and what Hybrid Components are needed. 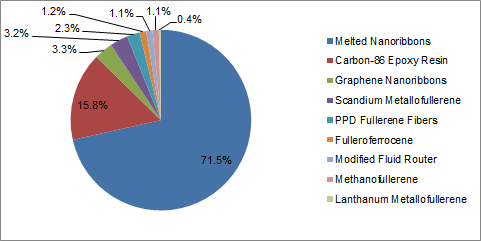 For me 38 B is a lot of liquid ISK to be tied up while these Subsystems are constructed. Since Melted Nanoribbons account for such a large portion of the cost, I plan on purchasing all of the materials in totality but initially only 25% or 33% of the total number of Nanoribbons needed.

My Kingdom for a POS

Subsystems cannot be made at a NPC station and must be installed in a Subsystem Assembly Array anchored at a POS. Since I do not currently have a POS up and running, I have a few options for producing these items:

I am going to put a hold on this project as I am going to put my liquid reserve into other ventures. The return is not high enough for the time invested. I’ll keep the BPCs in my hangar and revisit in a few months.