One of my favorite trading techniques is to buy items in one area and sell them in another area at an increased price. Source your goods in Jita or Amarr and sell them in another area that has a unique trait. What is a unique trait? Well, some examples are systems that are hard to reach, high traffic areas that border lowsec/nullsec, alliance home systems, known centers for PVP activity, or major PVE areas.

The following will demonstrate how to construct a spreadsheet to gauge market potential.

As you develop your spreadsheet, you can start to notice outliers. Certain items will have nice margins, but will never move. Some items may move, but have a poor return. It is your goal to find the ones that have good movement with a nice return.

I wanted to test out my market research so I setup shop in a station and started to import items. In my test region, I’m successfully getting 59% of the total traffic for the region given the items I am targeting bringing in on average 103.8 M profit/day, or around 3.1 B/month. 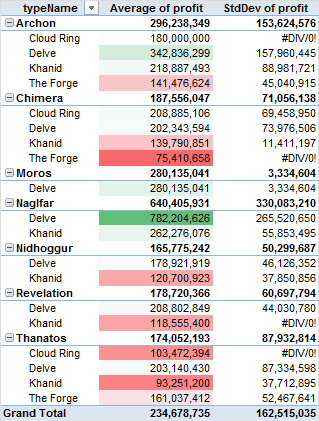 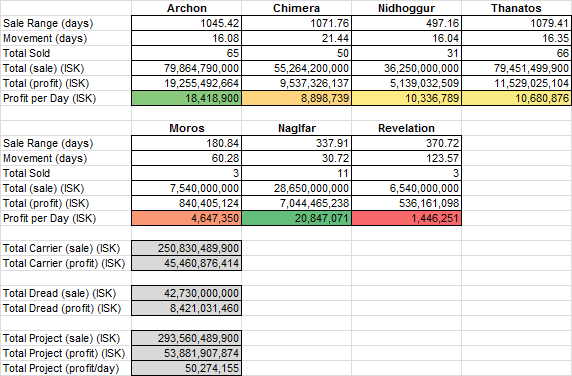