On Monocles and Exotic dancers

First off, let’s all thank CCP for the shiny new gun models and walking in stations. My C6 tengu multiboxing operation thanks you as they fly backwards into the void.

On topic now, there’s been a good amount of complaints from the eve community about monocles, buyable now from your local eve client using Aurum(tm), the new currency that seems a bit unnecessary. Using the current conversion rates, that works out to bil 1.4 or 60 US dollars. The main complaint is that “it’s too expensive”.

For my main point, it’s a fucking monocle. Team fortress 2 has a monocle for their Engineer class, and though it looks awesome, especially with some other items, it has no effect on gameplay.

On a related note while the “Googly gazer” is currently prices at 12.99$, the “Teddy Roosebelt” is selling for 17.49$ atm, likewise with no effect on gameplay except fo- awww, look at the teddy bear……

Anyway, people are buying those teddy bears by the thousands. They have no impact on gameplay except for anyone that is killed by you will see not only you on the kill record but also Mr. Snuggles.

In this case, valve is satisfied with the amount of people buying the teddybears, I.E. the demand. Since these and all other online items cost nothing to make besides designing it, the supply curve is a nice constant. Thus the price is driven solely by demand, so CCP has to experiment to find the slope of the demand curve that has the most profit.

Edit: The released mail announcing the sale of 51 monocles so far confirms that CCP does, apparently, have an economist working for them. Who knew?

At time of writing CCP has announced plans to actually have items that cost less than a plex, so apart from releasing a highly expensive monocle FIRST instead of, say, after tattoos for 10 mil or something similar that could’ve setup a secondary market.

People are telling me they’re upset because this could lead to weapons and “golden ammo” being bought with cash instead of being mined by bots, built with no margin due to jita prices, bought and sold an average of six times before getting to the average capsuleer. That’s a road that no games wants to go down, and if Eve ever gets to that point, I’ll be out there with everyone else, canceling subs and posting in allcaps on forums.

Until then, enjoy the expensive pants.

P.S. How much would you pay for an exotic dancer with pole in your CQ?

Blake is on vacation, I’m still here. If you feel like rage quitting due to a fatal monocle allergy or lack of trust in CCP, contract yer shit to haav0c. No matter where it is, I’ll take good care of it.

It’s time for a break. My three characters have been asking for some leave for some time now. Between all the trading, hauling, and manufacturing their mettle has been worn down.

This, along with some real life factors, are causing my ship’s drives to power down. Triathlon race season is upon me and my major race, a Half Ironman, is coming up in 4 weeks; it is time for the last major push before race day. Additionally the recent CCP revelations and departure from their original mission statement (seriously CCP, re-read your mission statement), are pushing me into a timeout.

CCP’s mission is to attract and retain customers by providing top quality online entertainment. CCP does this by establishing and nurturing a trust relationship with customers both in terms of quality of content as well as quality of service.

CCP encourages respect, dialog, interaction and cooperation on a deeper level between its employees and customers than is common in online games. By this and through this CCP provides a unique way for improving the quality of its products and creates an inspiring and challenging environment for talent to thrive.

Caldari Cruiser V is in the queue, my new Charon and Providence BPOs are in research, and all my assets are safely in a highsec station.

I will be posting some ideas about new business ventures, perhaps even looking for some partners, so keep an eye out for that.

As luck would have it, Wildly Inappropriate. is disbanding just when I finish up Graviton Physics IV in order to be able to fit the Warp Disruption Field Generator I.

I need to polish my Advanced Weapon Upgrades skill to V in order to be able to fit some more guns (2% reduction of powergrid needs of weapon turrets and launchers per level). 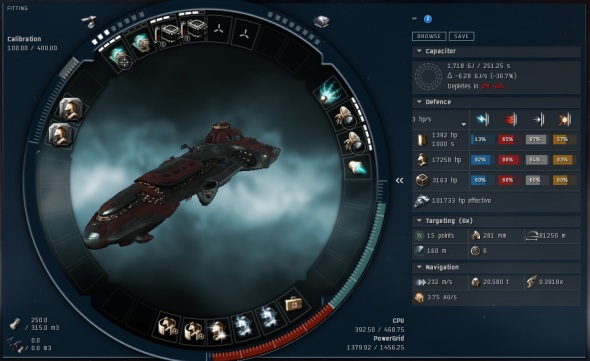 Here is a shot of rails missing a frig because they are just terrible. 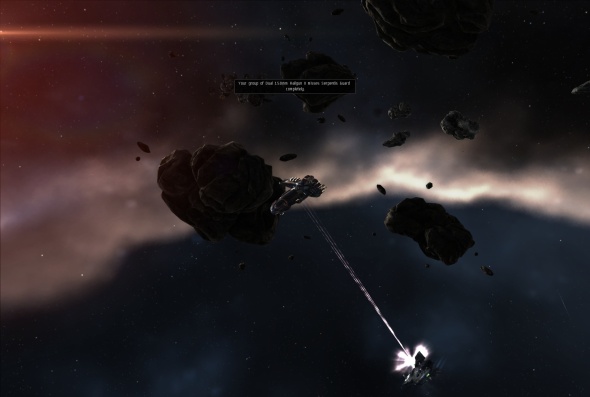 After college I wanted to live in a big city; I packed up, moved to Chicago, and started waiting tables in restaurants to help pay my rent. The University that I attended required that we graduate with some work experience and while out at a bar, a bartender friend introduced me to a manager at an IT Consulting company. I went on to have an interview, and then I started an entry-level help desk job.

I finished the program at the University while working full-time and eventually starting doing Level 1 support, then onsite support, and the helping out a team of IT technicians.

The company that I worked for was very much a start-up: brutal hours, strange and exhausting client requests, and a lot of similarities to the descriptions that I found for glassdoor.com’s review of CCP.

“onsite kitchen”
“laid back company”
“quite focused on the fun aspect of work”
“extremely smart and talented people”
“flexible environment”
“it is a wonderful place to be. But it is not a place to work for long”
“allows its employees to take independent initiative on many projects”
“camaraderie and sense of family is truly amazing”

“at times required, to do night and weekend hours in addition to normal working hours, without any compensation or time off guaranteed”
“often management is unwilling to participate in a thorough communications”
“Communication and knowledge sharing is a disaster”
“no documentation for older areas of development”
“struggles severely with internal and external communications”
“sticking a few php for dummies books in the games room really just is not corporate training”

The repeated comments about documentation and communication stand out as huge red flag for me. We had around 20 clients, 100-150 active issues at any given time, and projects rolling out constantly.

The majority of our communication was reactive and not proactive. When an email server was going to be rebuilt, sometimes clients would not know the extend of the downtime, service migration steps, or even final cost. The lack of clear communication before hand ended up hindering our client’s trust in the end.

Post Incarna, with a community that is flaring up with criticism and doubt, I hope that we see some solid, direct, and transparent information out of the company.

[edit] June 24 00:30 CCP Pann in An overdue apology and request for parley