Despite my lack of play time the past month due to a new family addition, I still am outperforming my linear trend.

Time invested in trading as fallen to 4-5 hours/week and Tech2 invention/production is much lower, around 1 hour/week.

The large jump in net value in August was due to a move to speculate on mining barge BPO changes. 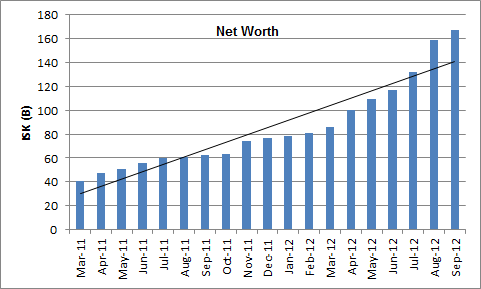 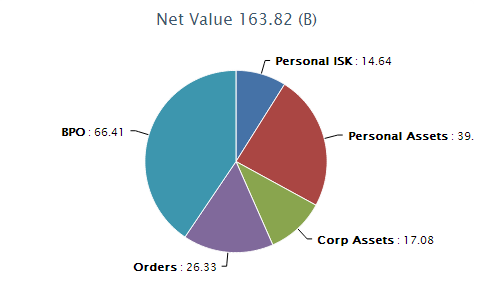 Despite the slow sell rate, speculation on Procurer BPOs during the Inferno 1.2 patch turned out to double my ISK investment.

I’ve regained interest in producing Carrier and Dreadnought class ships so I’ve invested 15 B into BPOs for capital parts along with a few select BPO/BPCs for mineral compression. 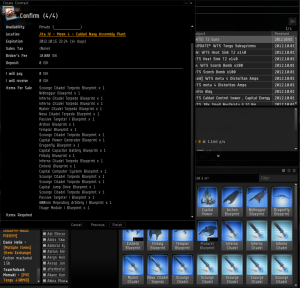 My initial build will be 8x Carriers (2 Racial) and then see how fast each type moves. The initial quantity of minerals needed for this build came out to 11.7 B.

I’m planning on Carrier/Dreadnought production to be a slow turnover, yet steady income stream. I’ve watched Eve-Fail grow into a full fledged Capital production line and have been inspired to follow his lead.

New ships are usually highly profitable so I look forward to the new ORE frigate and destroyer ships.