← Custom Wallet Manager
I can’t remember the word for this →

Incursion is out, I forgot to save my old portraits so I’m remaking them as best I can. Not having much luck insofar.

As far as everything else goes:

I love how they added a “you should think about buying a plex” to the char sheet but I still have no easy way ingame to see how much time I have left.

Character creater was a hair bit buggy the first time I started it but seems to be fine now, Eve-Gate has a few more touches and then there’s THIS: 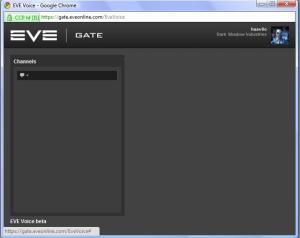 On Evegate, which, since it hasn’t been announced with the trumpeting of a hundred Icelandic angels, probably wasn’t supposed to be released just yet. Another clue is that the above screen is what you get, there’s no functionality whatsoever. BUT this looks like the precursor to chatting in channels while out of game, which is honestly the best new feature I could imagine besides PoSes overhaul, Black ops ships made a leeetle better and a few other things I was upset about but can’t remember right now.

For people looking for the link to the above window, it’s on the taskbar of Evegate. Probably won’t be in a day or two.