The Sagain Lowsec system in the Tash-Murkon region is a major hub for jump capable ships as it allows you to reach Khanid, Querious, Stain, Catch, and the majority of Providence within one jump with Jump Drive Calibration V. Since Sagain is also a Lowsec station system that connects to contiguous Highsec, it is popular for Jump Freighter pilots as a midpoint connection into Highsec. 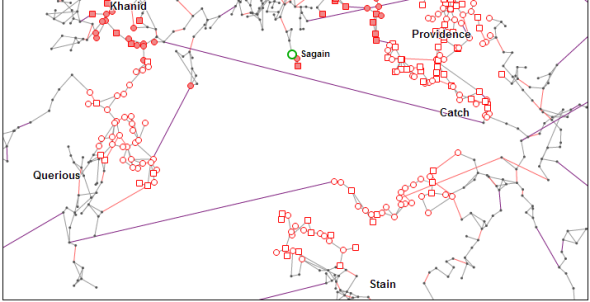 The system has two stations that can be used for cyno traffic. Sagain VIII – Moon 11 – TransStellar Shipping Storage is a Gallente station that has excellent cyno placement opportunities while the other station, Sagain V – Inherent Implants Biotech Production, is much more problematic due to its shape and how Eve handles object barriers. 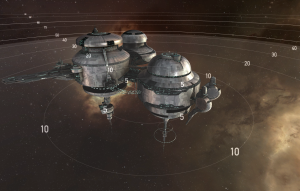 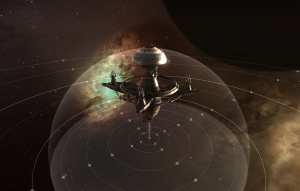 All objects in the Eve universe have a sphere around them that dictates their physical barrier. With the Gallente station being flatter and in a curve shape with a large section missing, you undock within the sphere barrier and can dock immediately. As shown here you are well within the station’s edge sphere when undocking. 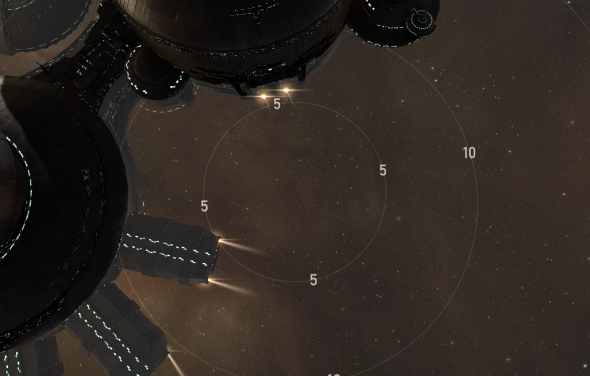 The design of the Amarr station pushes you out the bottom and right out of 0 docking range — hence the ‘kickout’ nickname for stations of this type.

Even with my speedy shuttle that issued a stop command after undocking, I was at 1,000 m on the station after the space environment rendered and ultimately ended up 3,300 m after reaching a full stop. 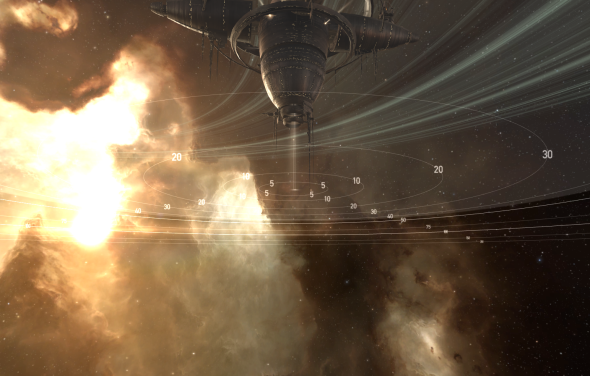 Be careful when choosing a station for cyno activity by keeping the geometry of the station in mind. You don’t want to end up like these careless Jump Freighter pilot that I can only assume used the wrong station and got bumped out of docking range after undocking.